Skip to content
Eric and Irena Raymond repeated the 2009 adventure of the Sunseeker II, crossing of the Alps in both directions this time with the Sunseeker Duo.
The mission was to stop and show the airplane at different airports. For the final destination, Munster-Geschinen airfield in Switzerland was chosen, which is a perfect starting point to explore the Swiss Alps and visit the highest peaks and glaciers. Eric and Irena Raymond decided to fly to Torino Aeritalia airport on August 2, 2015 and then continue to Switzerland.
On August 3rd 2015, Eric and Irena Raymond  climbed up the foothills, with low clouds at the base of the Italian Alps. They crossed the high mountains near Zermatt and then detoured to the Aletsch Glacier, Jungfrau, Eiger and Mönch. The distance flown was 384 km and the maximum altitude they reached was 4090 m. The battery pack was completely charged after they landed.

The weather on August 5th, 2015 was very promising so Eric Raymond and his hang gliding friend Stefan made a flight over the Aletsch Glacier, meanwhile Irena Raymond together with the ground crew went to the top of the Eggishorn, with a long telephoto lens to take pictures of the Sunseeker Duo flying over the glacier. In the late afternoon, Irena’s daughter Janja, who was part of the ground crew, got a panoramic flight around the Jungfrau, Eiger and Mönch, as well as the Rhône Glacier.

On Friday August 7th, 2015 Eric and Irena Raymond took off for the flight to their home base, headed first to the Matterhorn and then direction south, toward Genoa. The flight was very easy in comparison to the crossing of the Alps a few days earlier, in the opposite direction. The weather in the Alps was more than perfect. The Matterhorn just got covered with a cloud cap when they approached it, however, the view on this giant, steep mountain was spectacular. ”The maximum altitude we climbed was 4545 m. We could easily go much higher, unfortunately we do not have a dual oxygen system yet.” said Eric Raymond. Descending toward the Po valley the air was became hotter and the visibility was poor. After 230 km and less than 4 hours Sunseeker Duo reached her home base.
More photos On our SmugMug website:
https://solar-flight.smugmug.com/Switzerland-Sunseeker-Duo/
https://solar-flight.smugmug.com/Over-Matterhorn-to-Italy/
https://solar-flight.smugmug.com/Sunseeker-Duo-Crossing-Alps/ 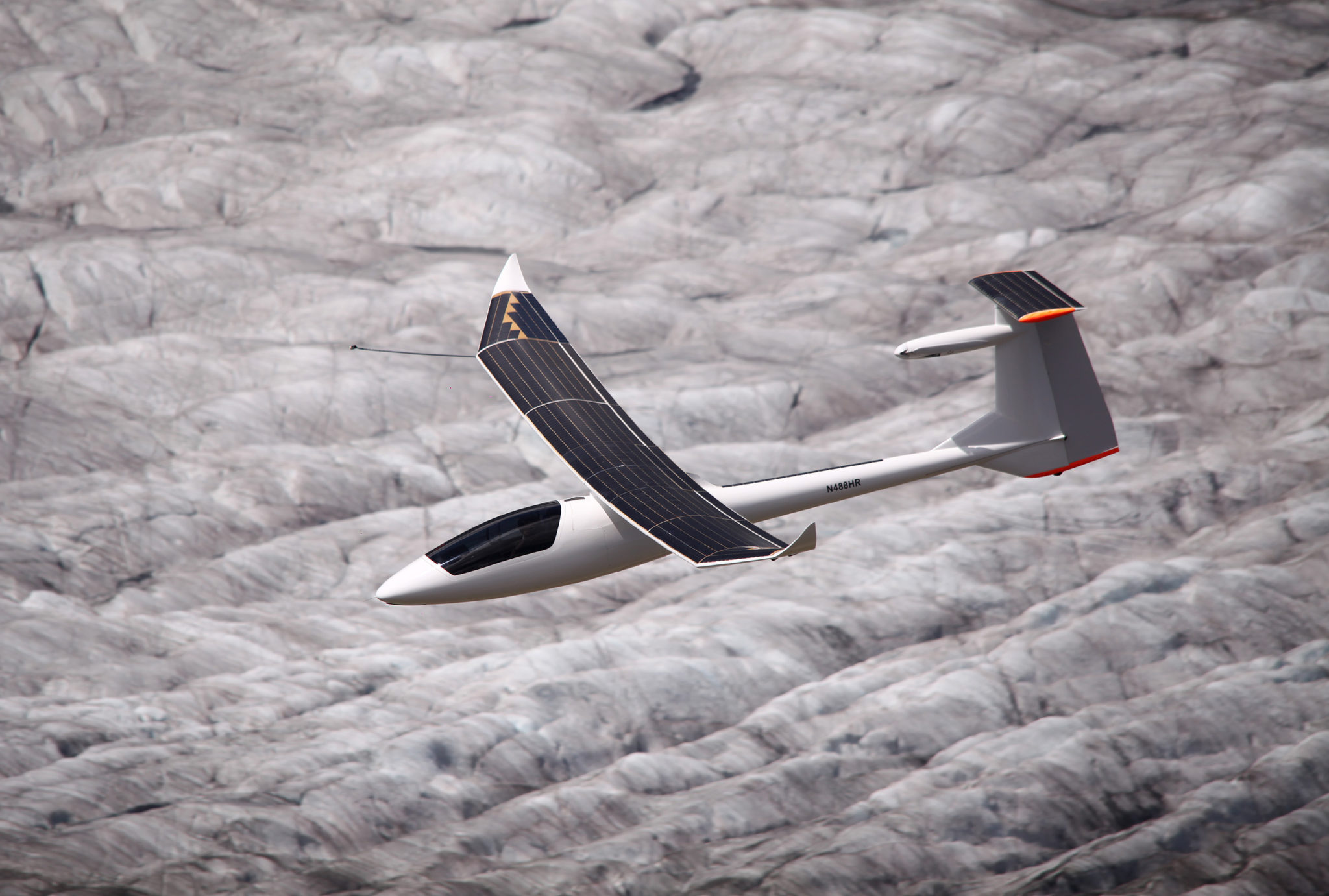 GoPro Photo of the Day

Unveiling of the SUNSTAR design