After successfully crossing the United States in Sunseeker I, a long series of modifications and refinements led to an almost entirely new airplane. New wings were constructed with a different plan form, more surface area for solar cell coverage, and a new technique for integrating the latest generation of solar cells into the actual wing structure rather than bonding them to the surface. The new aircraft features a unique teetering propeller, which drastically reduces vibration. In 2006, a new motor was constructed for the airplane that is twice as powerful as Sunseeker I’s motor. An improved tail was fitted to the aircraft in addition to a new set of control electronics designed by Alan Cocconi for the batteries and solar arrays. The new electronics greatly increase the system’s efficiency. The new aircraft is fitted with four packs of advanced lithium polymer batteries to increase power for take off and climb.

In 2009, again with Eric Raymond in the cockpit, Sunseeker II completed a vast flying tour of Europe. The tour began with the first crossing of the Alps ever made by a solar powered airplane and continued down the length of Italy to Sicily, followed by a route along the Dolomites through Austria and Slovenia, and finally a journey through the South of France and Spain ending at Spain’s southern coast.

Sunseeker I and II have logged, by a huge margin, more flight hours than any other solar powered airplane. The Sunseeker is the only solar powered aircraft to have been tested and proven in continuous real world operations.

“It was one of the most difficult things that I have ever done, but it was also the most beautiful flight I have ever made. It was very cloudy, but after fighting to gain altitude I got over the clouds and cruised on direct solar power, eventually climbing to 13,700 ft. It was amazing to see the peaks of the mountains coming up through the clouds. I could clearly see the Matterhorn and Mt Blanc over the clouds. I could not see anything in the direction of Italy, except a solid wall of clouds. I tried to climb over them on course for Torino, but I had to fly between towering cumulo-nimbus clouds. 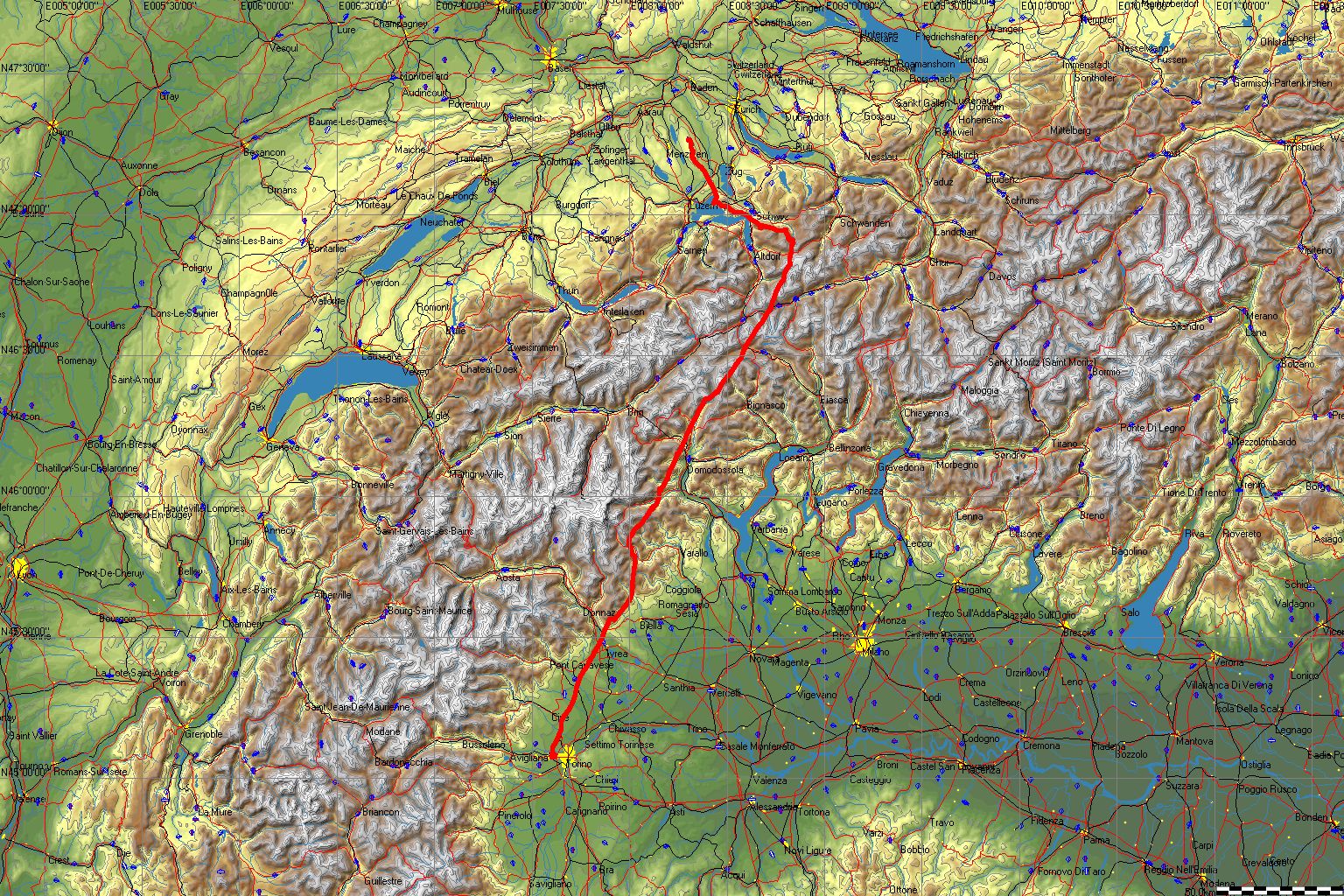 I was in bright sun, when I noticed that I was flying through large snowflakes. That was the first sign of trouble. Soon I was trapped over these rising clouds, with my escape closed off. I was climbing at full power, but the clouds were rising faster. It was snowing on me, even though I was in the sun! Desperately flying around in my shrinking trap I found a small hole, where I could see the ground. Just snow and trees. I turned off the motor, set the airbrakes, and spiraled down 7000 ft, until I was just under the clouds. After feeling desperate about flying through clouds in a blinding snowstorm, I felt much better seeing that the clouds did not go all the way to the ground. I even flew with a sailplane and a paraglider, so I did not feel so alone. Because of the thunderstorms, I left the Alps early, and had a long crossing over the Italian flats. It seemed to take forever to get to Torino, but in reality the entire flight took less than 5.5 hours. TV crews were waiting, and we saw the story on the national news that night in our hotel, just before a nice dinner with our hosts, the organizers of the World Air Games 2009. ”

The World Air Games are the most important event in the world for sport aviation, being a sort of “Olympics of the Air”, with competitions covering the following disciplines: Aerobatics, Helicopters, Gliders, Parachuting, Hang Gliding, Microlights, Paragliding, Ballooning, Model Aircraft and Experimental.